She scrolled through the congratulatory messages that poured in from all over world  on her Samsung 74 , as she lay in bed that night. Her victorious spirit soared as if on a tequila high. Years of labor had finally borne fruit today, International Women’s day 2024. Congress had finally passed the ‘Equal pay for Equal work‘ bill, one that she worked so resolutely on.

As she looked back on her journey to this day, she realized that at many times along the way when she had clung on to her purpose by just a single strand of hope, it was also the wonderful men in her life- her father, her husband, her brother, her son, her friends and her colleagues along with her squad of women friends who had lent her ropes of support to keep her going along on the arduous climb uphill. They cherished her and it was this love that made her want to be an better woman, a better person each day. This victory belonged as much to them as it did to the wonderful women all over the world. This realization called for a tweet, she decided.

@realPC Victory on #InternationalWomensDay is as much for supportive men as much as for women. Thank you all.

‘Eh! Pretty lame tweet.’ She would have to reword it. So hard to condense the cascading gratitude she felt into 140 characters. Twitter was certainly not invented by a woman.

As she struggled to come up with the perfect amalgamation of brevity and emotion she could not help but dwell on the fact that in our fight for equality how easily some of the goodness in the world was overshadowed  by the bad.

Though there were vast areas of the world, where extensive work needed to be done to bring women up to par with their male counterparts; war ravaged and poverty stricken regions where the identity of a women was limited to their role played in satisfying the male hunger for food and sex and in rubbing the lamp of the masculine spirit so that it gave birth to an over sized genie of the male ego; yet it was also true that there were societies in the world where extraordinary women were raised to magnificence by their fathers and supported to excellence by their partners.

She thought of the time when her husband had lovingly tended to his mother when his mother was ill or the countless times earlier when her own son had helped her out with making dinner. These men deserved to be admired. They did after all succeed in breaking the shackles that confined the epitome of manhood to being just breadwinners and stepping up to do their part in raising children. Hopefully, being appreciative of them would lead to emulation of behavior in those echelons of society where equality was so skewed.

Ah! she would have to reword her tweet to send a concise yet powerful message.Knowing she had billions of followers, she could change minds and hearts with her words.

‘@realPC Historic breakthrough for women today on #Internationalwomensday. would not be possible without the unflinching support of so many men who worked to see this bill passed…. ‘

‘Gawd- more than 140 characters. This was hard. Maybe colleges needed to add Twitter 101  to their Creative Writing departments.

She turned on the television to take her mind off her unsuccessful attempts at tweeting. Pretty ironical that on one of the most successful days of her life, shes till  felt a slight twinge of failure.

Images of beaming women from all over the world flashed on the screen making her feel like her soaring self again. She thought about the same day, years earlier when women had protested the world over to make this dream into a reality.There had been so much of unrest and angst back then. Their angst had fueled her drive to make this issue one of the key points on her agenda. Today’s victory certainly made these women feel they got their due, yet would it succeed in bridging the divisiveness in society? Could we blame the dismal state of affairs in the world just on inequality between genders? As women, we formed a half of humanity so how responsible were we in the decline of ethos of mankind.

Were women on the same page on various issues that plagued society? Not really. She remembered her own mother’s essay on’ Dowry and Abuse in India’. In so many instances there were mothers-in-law who had equal responsibility in abusing their daughters-in-law. In corporate workplaces the world over, it was not just men who tried to bring you down, there were other women too. Women sometimes did not support each other or each other’s choices enough. She had given up a successful law practice to be a stay at home mom for a few years and then later made her foray into politics. In both instances it was her mother-in-law who had chided her. The first time because she had felt sorry for her son who would have to be the sole earning member and the second time because she had felt her grandchildren would be neglected!

She remembered the time her friend Julia, a celebrity, had waved to the paparazzi and fans from her hospital room a day after undergoing a life threatening surgery. There was one particular reporter who wrote about Julia’s unkempt hair and that reporter was a woman!. How shallow to focus on petty matters like appearance when the reporter could have chosen to glorify the fierce battle Julia fought so bravely.

In her own life, she remembered the times when she had run for office when other women had passed snide remarks on the way she had looked. She had a fiery spirit but was not physically well endowed. Some women had been pretty relentless in their comments about her appearance, that made her feel she was not good enough.

Color of the skin mattered as much to women as it did to men. Even though there would be no more protests to fight for equal pay, there would continue to be little typhoons in our hearts as long as we battled other women- mothers-in-law v/s daughters-in-law, stay at home moms v/s career moms, planned parenthood v/s pro life supporters, red v/s blue. If women accepted one another without judgement, they could be the strongest pillars of strength in each other’s lives.

She was fortunate enough to have friends with whom she could be completely at ease and fall back on in times of need. It is impossible to agree on all issues yet we need to make space in our hearts for other women who are different from us and we need to give them space in their lives to be themselves, respect them for it. Black, white, brown, yellow, tall, short, fat, thin we are all equal in the eyes of God. 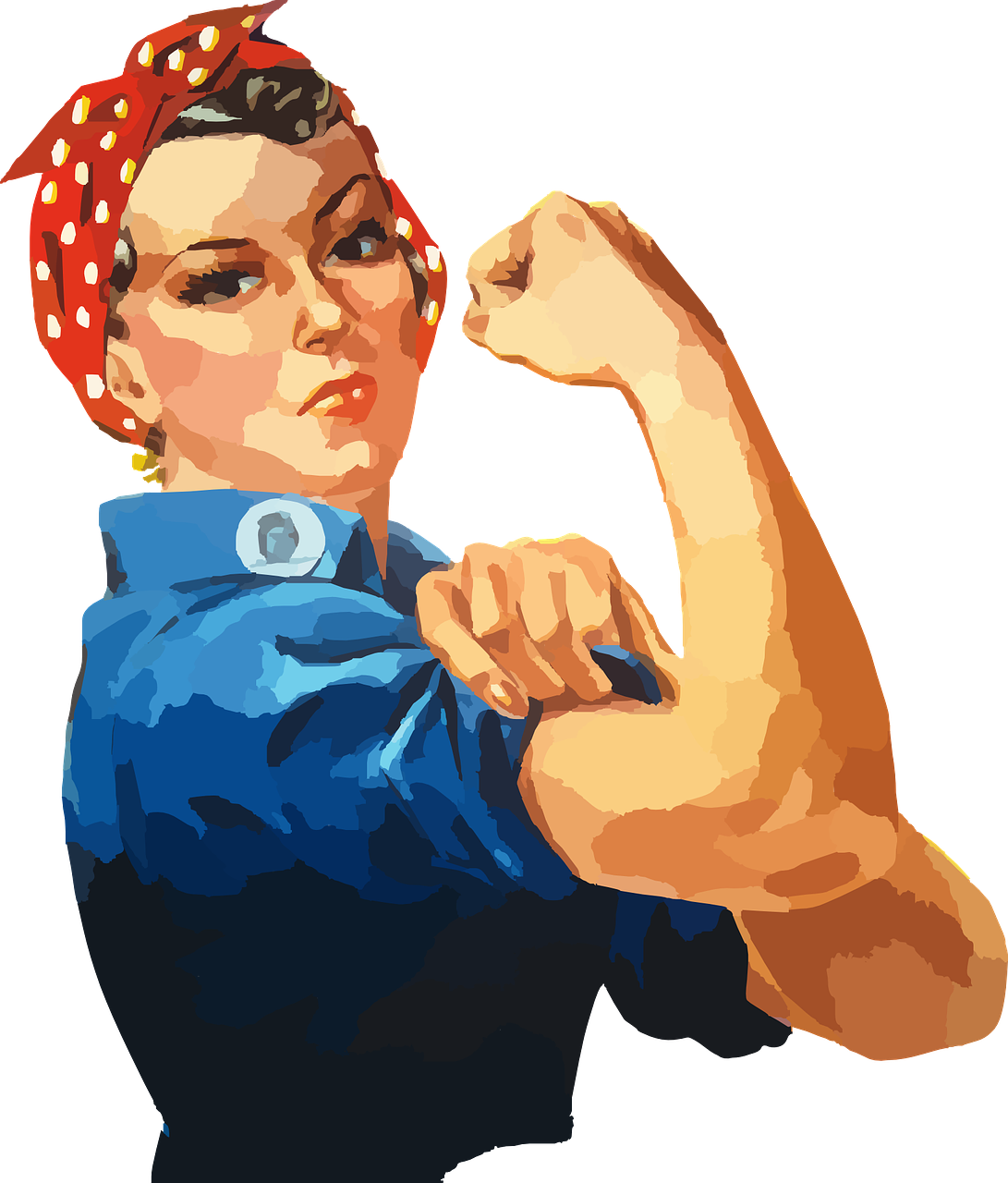 As women, we each need to step up to our own power, take responsibility for it and be humbled by the power of another. Every woman has a right to choose and should not be judged by the choices she makes. No change would come about if we continued to see ourselves just as weak victims of male oppression and not forces of change.

Sigh! That was a subject for another tweet. First she had to finish the one on gratitude. Maybe some amazing words would come to her in the wee hours of the morning that she could tweet about in all caps. Twitter was a fun trend started by her predecessor that she intended to continue. She could try to bring about change one tweet at a time.

After all, she was the 46th President of the United States.

Author’s Note: Dedicated to the biggest cheerleaders of my writing, my father and my father-in-law. Thank you!
Father Image Collage: Copyright www.freepik.com 1, 2, 3